Monsters and Metaphors: Crime Does Not Define Us 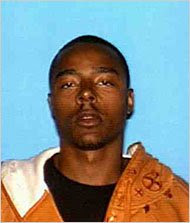 The violence itself, and now even the medical after story are over, but the deaths of four Oakland police officers Saturday continues to work its way into the emotional lives and imagination of Oakland and the Bay Area (as many as 20,000 are expected to attend a memorial service 11 am this coming Friday at the Oracle Arena at 7000 Coliseum Way in Oakland). Two important narratives are forming around this event. One is coming largely from ordinary people who see in the tragedy a reflection of a community which has lost its moral bearings and that seems to be heading into ever worsening violence(read Carolyn Jones and Leslie Fulbright reporting in the SFChron). The second is coming from politicians, especially Attorney General Jerry Brown, who sees the deaths as result of a parole system in which thousands of felons are released with minimal law technology surveillance and programming. Both narratives are dangerously flawed.

We may never know precisely why Lovelle Mixon shot two arresting officers and then two SWAT team officers who burst into his sister's apartment behind stun grenades. It has been suggested that the parolee knew was wanted for missing parole appointments (a violation of parole) and that he may have known he was a suspect in a rape case (the latest twist being reports that his DNA was tested and found matching the DNA evidence in a rape case from January, read Jaxon Van Derbeken's reporting in the SFChron). The assumption is that he did not want to go back to prison and perhaps knew he might face a very long sentence (as a second strike sentence among others things). Yet tens of thousands of Californians go to prison every year, many of them from the same parts of Oakland that Mixon lived in, some of them for long sentences, and all but a handful of aberrational cases do so with no violent resistance. (This should not surprise us. People are resilient. They live in prison, or fighting chronic illnesses that keep them hospitalized, or in war zones. Most people want to live. Why Lovelle Mixon was not one of them has not been explained and cannot be from his legal situation alone.)

Nor is this an example at all of typical Oakland violence. Oakland has a violent crime problem that it shares with certain other cities (including Los Angeles) which have experienced variable but heightened levels of violence since the 1960s. The causes of this are complex. The main reasons, in my view, are anchored in the shared experience (with many other major American cities) of having been a very successful industrial city in the first two thirds of the 20th century, followed by a sustained period of de-industrialization. The failure of American domestic policy to manage that gradual but profound economic catastrophe explains most of the criminogenic patterns that have followed that regularly manifest in the kind of shooting incidents that often result in what the media will call a "senseless killing." We should view this legacy of violence as the human parallel to the toxic waste residue that the same successful industrialism has left in these cities (indeed the combination of these social pathologies and toxic chemicals in the brains of young children growing up in the afflicted neighborhoods is where the answer to much violent crime lies in my view). But the kind of violence that Lovelle Mixon unleashed Saturday night was quite different as indicated by the fact that it is probably the worst police killing the city's history and one of the worst in California history. It has more in common with other "mass" murders whether Columbine or the domestic violence group killings that occur periodically. These incidents all share a common theme which is that the shooter has no expectation of surviving the encounter, it is a kind of homicide/suicide.

More briefly on Attorney General Brown's vision of curfews and high technology bracelets on Oakland parolees (read the reporting of Andrew Blankstein and Maria LaGanga in the LATimes). My objections will take several more posts to outline but here is the main one. Most Oakland parolees pose no risk of killing police officers or anyone else. Many will go back to prison (70 percent) for technical violations like missing an appointment or persistent drug use. As Brown acknowledges, prisons do not prepare most prisons for release. What the vast majority of those parole need are services like drug treatment,education and job training. Right now we cannot finding the money to pay for such services is a huge conundrum (it should come ultimately from closing whole prisons but that will take a while). Brown's plan would cost millions of additional dollars that we do not have to pay for technology and police/parole overtime to enforce rules that will mostly be irrelevant to public safety.

Brown also stated that parole officials should be more selective in who they release, but as he well knows (having signed the Determinate Sentencing Act into law in 1976) that is not an option for correctional officials under current law.

With his experience and intelligence Jerry Brown should know better, but all the indications are that he intends to crime politic his way back to the governor's office in 2010.
Posted by Jonathan Simon at 9:23 AM