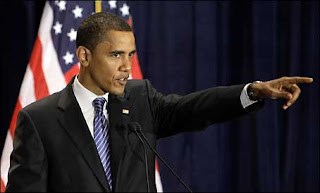 Anyone who believes that crime and the fear of crime no longer "rules" American society and politics, better keep your eye on the "change" candidate, and what stays the same. The Supreme Court, by a one vote 5-4 majority, maintained a thirty-one year old barrier against expanding the death penalty to crimes where the victim is not killed. The decision, Kennedy v. Louisiana, overturned laws in several states that make capital punishment an option for the rape of a child. Among its first critics were state legislators in several states that have expanded capital punishment to child rape, and Democratic Presidential hopeful, Barack Obama (read the Washington Post coverage of Obama's statement). That's right, Obama, who saw Illinois fatally flawed death penalty up close, thinks murder is just too narrow a category for this worthy exercise of popular sovereignty. Here are the candidates words hot from the pander:

"I have said repeatedly I think the death penalty should be applied in very narrow circumstances, for the most egregious of crimes," said the Illinois senator, speaking to reporters at a hometown press conference. But he added, "I think that the rape of a small child, 6 or 8 years old, is a heinous crime, and if a state makes a decision that under narrow, limited, well defined circumstances, the death penalty is at least potentially applicable, that does not violate our Constitution."

I'm still voting for Barack, but let's be clear, no part of our political system has been more transformed by the malignant war on crime than the office of president. No contemporary president will lead us out of the valley of governing through crime. Only a popular uprising against this flawed model of governance will lead Barack Obama or John McCain down the path they both know is correct (McCain knows a little something about the flaws of punishment).
Posted by Jonathan Simon at 6:16 PM